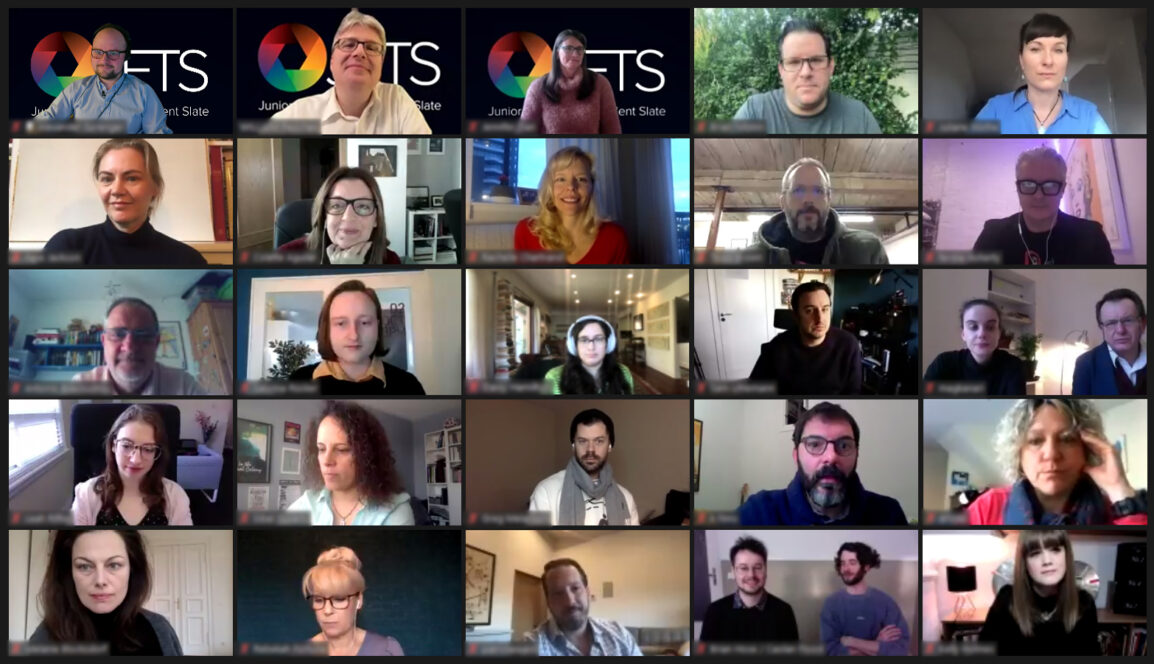 If someone had told you during the Berlinale in February 2020 that a year later almost all cinemas, theatres, concert halls, clubs and other “entertainment venues” worldwide would be closed and have been for months, this would have been considered impossible, even by industry experts. But the COVID 19 pandemic, which spread from Wuhan in the People’s Republic of China around the globe in a very short time at the end of 2019, has overtaken us all: whether it’s filmmakers in front of and behind the camera, distributors, theatre operators or journalists. And we are not alone. Most other professions have suffered similarly drastic losses, among other things because shops have to remain closed due to government orders. People no longer “go” to work. Home office and digitalisation are in vogue. Due to the lockdown, which has different effects in each country, but hits the entire population hard, as well as severely affects the quality of life or the joy of living, we find ourselves in dystopian conditions in the spring of 2021. And an end to this, the return to so-called “normality”, is still not yet in sight.

Two viewpoints of the film business “exploitation chain” emerged: The US side, led by Los Angeles-based Todd Brown, who was executive producer of THE RAID (2011) and THE RAID 2 (2014, both Indonesia), arguably the two best independent martial arts thrillers of the modern era, does not see distribution opportunities threatened by new avenues such as “video on demand” and streaming. On the contrary, for him and many of his US colleagues, there would even have been a real “boom” due to digitalisation in the lockdown times. His colleague Daisy Hamilton (SMITTY, LOVELAND) adds: “The US market has obviously changed its tactics. Online platforms such as Amazon and Netflix are emerging as market leaders within the pandemic. Social media such as TikTok, Facebook or Instagram are also becoming more important and fed with content.”  This would aptly respond to the new viewing habits that would not only have come about due to the lockdown and cinema closures, but also due to the main target group of “young people” who now mainly watch films on their laptops or even mobile phones. Patrick Ewald (WHO GETS THE DOG?, THE MAN WHO KILLED HITLER AND THEN THE BIGFOOT) points out that a visit to the Disney theme park including a film screening could cost a family as much as 150 US dollars. It would be cheaper to enter the Disney-ruled Marvel Universe online… For Todd Brown, only Disney blockbusters would fill the multiplexes anyway.

Anick Poirier (THE DEATH AND LIFE OF JOHN F. DONOVAN, BELOW), although based in Canada, vehemently (and passionately) represents the European point of view. She does not believe that movie theatres will disappear from big cities and small towns after the pandemic, especially not in Europe and Asia, where people live closer together and the distances would not be as vast as in North America: “Going to the cinema is part of the culture. In Canada, the pandemic has led to a ‘back lash’. People have become downright sick of hanging out at home.” Her compatriot, BLADE RUNNER 2049 and DUNE director Dennis Villeneuve, would have recently mused, “What kind of people have we become?” Colette Aguilar (WAYS TO LIVE FOREVER, MOMENTUM) largely agrees with her: For independent distributors, the income from the cinema business is important, but also from later exploitation on television. There is plenty of content. Antonio Exacoustos (HAI-ALARM AM MÜGGELSEE, DER GESCHMACK VOM LEBEN), who used to be head of world distribution at Filmverlag der Autoren and is now head of ARRI MEDIA WORLDSALES and B.A. Produktion GmbH as well as a board member of the Association of German Film Exporters (VDFE), complains that the minimum guarantees from state TV funds, but also from private television, are too little to be able to operate successfully (again) in the long-term.

“Where will we be in a year?” asks Martin Blaney. Brian Nitzkin (THE SIGNAL, THE CIRCLE) sees “water in the desert” with all caution. Patrick Ewald doesn’t believe in cinema openings again until the scientists (and therefore the politicians) give the “green light”. Daisy Hamilton is optimistic “if everyone helps each other”. So is Todd Brown, because the potential is far from exhausted by the new experiences young people are having with social media and other digital forms. Honestly, he suggests that the industry needs to watch “where the money really is”. Antonio Exacoustos has a nice closing statement: “As a native Italian, I am always positive. The current situation may mean that not as many films are supported, but better ones are. But I don’t only want to shake hands again at film festivals and sit in the bar to feel the mood of the people first hand. Because the mood of the people has a major influence on the mood within the industry.” And that’s why we can only hope that the next panel of the JETS initiative, i.e. in 2022, will again take place in a well-filled conference hall or even better: cinema auditorium!

Marc Hairapetian is the founder and publisher of the cultural magazine Spirit – A Smile in the Storm since 1984. https://spirit-fanzine.de