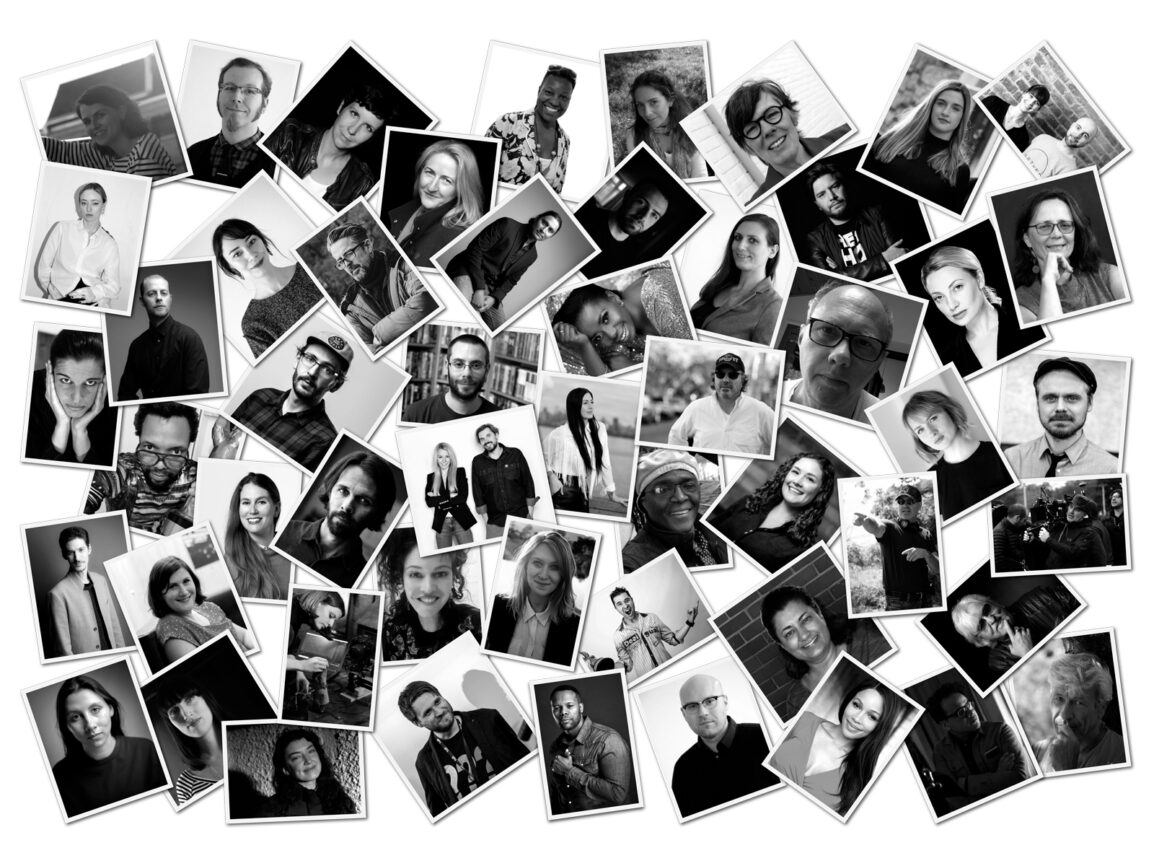 „There is nothing further here for a warrior. We drive bargains. Old men´s work. Young men make wars and the virtues of war are the virtues of young men: courage and hope for the future. Then old man make the peace and the vices of  peace are the vice of old men: mistrust and caution. it must be so.“ in David Lean’s masterpiece “Lawrence of Arabia” (1962), Prince Faisal, embodied by Alec Guinness, flatters the dismayed Peter O’Toole as “El Aurens,” who has sacrificially fought for the self-determination of the united Arab tribes in their struggle against the annexation of the Ottoman Empire (and the rest of the world), to continue, smiling coldly: “Then old men make peace and the vices of peace are the vices of old men: distrust and caution. It must be so.” In the JETS Initiative 2022, the young generation of male and female filmmakers also emerges victorious. But they do not allow themselves to be patronised. Self-confidently, they formulate their goals. One of them is: “Even though we’re now trying to realise our projects ourselves, we’ve still remained film buddies who like to go to the movies together and talk for hours afterwards about what they could have done better themselves,” says Joshua Ackerman, South African director, composer and co-screenwriter of “Inyanga (The Healer).” In our Zoom interview, his partner Brad Katzen, who wrote most of the story for the mythical horror thriller, nods with a smile.

The synopsis is promising: Leena, an experienced midwife and Inyanga (German: “healer”), lives in a poor rural community rooted in ancient superstitions. Called by the distraught parents of a boy possessed by Obambo, an evil ancestral spirit, Leena tries to help but soon uncovers the terrible truth: The boy’s mother has actually offered her son as a sacrifice to Obambo. Leena is unable to save the boy, is accused of witchcraft, and is held responsible for his death. She is now faced with a harrowing decision: watch in horror as her daughter’s neighbours in the community have her burned alive by necklaces, or make a deal with Obambo and become his servant. Leena flees the community and works in an abandoned candy factory where no one can find her. Alone and hungry, Leena spends her days trying to forget the horrors of the past. Once a loving mother and healer, now a witch claimed by Obambo, who ordered her to feast on the flesh of human children. One day she hears the sound she has been afraid of. Voices – children’s voices. Abandoned by her cowardly father and domineering stepmother in the vast, desolate steppe, sensible Gabisile and her little brother Hulisani come across Leena and the factory. They are such good children. Such good, delicious children. But Leena has a debt to pay: “Eat them!” How can she? How can she not?

A really very own “Hansel and Gretel” variant. According to Joshua Ackerman, the visual style is to be naturalistic and “characterised by the diversity of the African landscape”. Brad Katzen adds, “We’re going for handmade camera tricks instead of CGI effects that audiences are overloaded with these days. And on the humanitarian transformation of a witch plagued by a guilty conscience.” That, he said, is how they want to grab the audience emotionally. And besides, on the African continent, where there is still famine in large parts, there has not yet been a “Hansel and Gretel” film adaptation that plays with its own myths and traditions. A conversation with the two quickly becomes a passionate discussion about which is the best witch movie of all time: “Blair Witch Project” (1999), “The Conjuring” (2015), “The VVitch: A New-England Folktale” (2015) or “Rosemary’s Baby” (1967)? And the best horror film ever? For Joshua and Brad, it’s clearly “The Shining” by Stanley Kubrick, also “because the horror creeps in through the sound design. And then it gets unusual. In second place, Joshua sees Fatih Akin’s controversial female-killer biopic “The Golden Glove,” which was booed by some and celebrated by others at the 2019 Berlinale. The shop talk could go on for hours, but there’s also young producer Shaun Naidoo, who is not related to Xavier Naidoo but looks a lot like him, albeit with shoulder-length hair. He is still looking for a co-production partner for “Inyanga (The Healer)”. One calculates “only” 1.73 million euros or 2 million U.S. dollars, the equivalent of 29.56 million ZAR (South African Rand), because shooting in South Africa is much cheaper than elsewhere and the budget, adjusted for inflation, as he explains, could increase sixfold if produced in his own country. So this is not only an artistic incentive, but more importantly an economic incentive for foreign investors to help a genre film get off the ground, which could become an independent hit if cleverly marketed and with word-of-mouth.

What do they expect from the JETS initiative? “A bunch of money to finally get our film made!” grins Brad broadly, then quickly gets a little more serious: “We’re honoured, of course, to be part of JETS for the first time in 2022 and to present our pitch there at the end of February.” For Joshua, the focus is on “interacting with other like-minded people who have exciting ideas but haven’t yet established themselves in the film industry.” The self-confident but also self-critical three will certainly have the opportunity to do so: 25 pitches from six countries alone (Germany, the United Kingdom, Ireland, Canada, South Africa and, for the first time, Austria) are on the program. A total of over 100 participants are expected, including, of course, distributors and funding agencies.

A very different example of the diversity of the JETS initiative this year is “The Wall Dog.” Stop-frame animation specialist and screenwriter Josephine Lohoar Self, who is now set to direct a feature-length film for the first time, is from Ireland but has lived in Berlin since 2019, which she liked so much on a vacation trip that she stayed right there. “The Wall Dog,” about an East Berlin guard and his four-legged friends bound to absolute obedience, is her homage to the reunited ex-Wall City. She is very fond of showing animal puppets in stop frame animation: With short films such as “Günther Falls in Love” (2020) and “The Fabric of You” (on the Oscar longlist for the Academy Awards in 2021), she has already been able to give samples of her creativity. Now “The Wall Dog” is set to cause a sensation. The material about Germany’s recent past poses moral questions that also concern us today: Ronald Fischer, a shy 20-year-old East German farm boy, is drafted into military service. In order to return to the farm unscathed, he decides to specialise as a dog handler, whose job is to feed and care for the guard dogs stationed at the Berlin Wall. The young man soon befriends a small group of dog handlers who help him break out of his shell and overcome the challenges of life at the Wall. But as events begin to transpire, and not just in the barracks, Ronald’s belief in his purpose on the border quickly begins to unravel, and he must decide whether or not to take a stand….

Josephine Lohoar Self sees her chance in the old-fashioned charm of the stop-frame animation technique. In England, this already has a great tradition. Think of “Wallace and Gromit” (1989 – 2010), which delighted young and old with short films, movies and a BBC series. Here, the characters were modeled from plasticine on wire frames and animated using the stop-motion technique. This process is also known as “claymation.” With Josephine, who now also wants to bring Ireland to the forefront in this area, there are also lots of hair and fur parts and, of course, tailor-made costumes.

Germany, where the Augsburger Puppenkiste puppet shows are still popular, although rarely broadcast on television, could well be a market for her kind of film, especially since it uses German themes: “I’m hoping for a comeback of stop frame animation, which was successfully revived by Wes Anderson’s ‘Isle of Dogs,’ which opened the Berlinale in 2018.” When I tell her in our video talk that I interviewed Anderson at the time, and also Ray Harryhausen (1920 – 2013), the genius of stop motion several times before (“The 7th Voyage of Sinbad,” “Jason and the Argonauts,” “Clash of the Titans”), her eyes light up. So do I, when she talks passionately about the animation of the “wall dogs” in her film, where every movement of the characters has to be set by hand, then photographed individually at a frequency of still 24 frames per second: “Animated dogs give me more freedom in the movement process, even though I love real ones more, of course!” A huge effort, then, especially in terms of time, to complete a 90-minute film. That’s why her Irish producer Carla Mooney is also calculating with a relatively high budget of 6 million euros. They don’t see any competition with England. On the contrary, they would be very happy to cooperate with production partners there, as well as with German partners. For them, the JETS initiative is an “exciting platform for networking and launching extraordinary film projects that can be commercially profitable.” An incentive, then, for co-production partners, funding agencies and distributors, because standing out from the grey and colourful mass of CGI films that are monotonous in the long run can also be a gap in the market, especially in times of pandemic, when audiences need special incentives to go to the movies!

So diversity is written BIG at JETS. There is, for example, “Dracu – The Eleonore Case” by director and screenwriter Marc Schlegel from Austria, which tells the true story of parapsychologist Zoe Wassilko von Serecki, who wants to exorcise a twelve-year-old girl in Romania of the demon that has taken possession of her and given her the title: Dracula and the Exorcist send their regards! Or the German project “Bullets and Popcorn” by Eva Vazquez de Reoyo – a Mafia film of a different kind. Or “Extravagant Ways to Say Goodbye” (directed and written by Liese Khan, South Africa), a hilarious examination of a more than serious subject: (one’s own) death. But these are all stories to be analysed in detail another time. At the latest at the pitches of the JETS Initiative 2022!