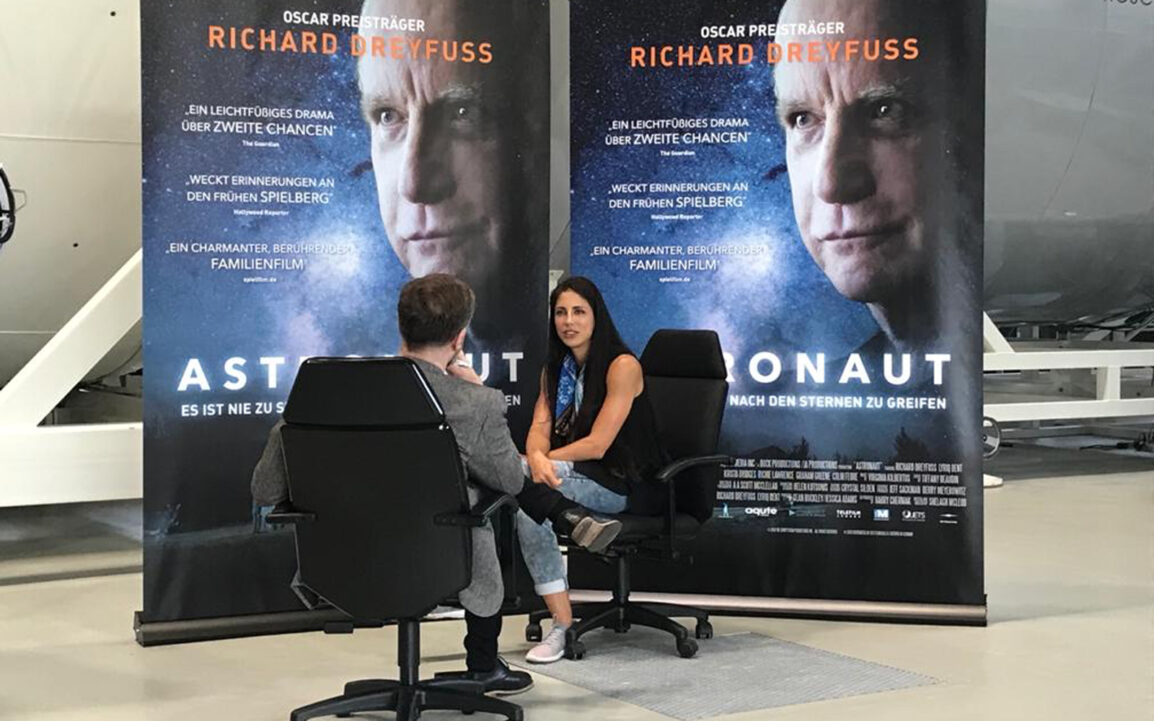 Space travel expert Laura Winterling, who spent close to 10 years at ESA preparing astronauts for their ISS mission, gave interviews on the film ASTRONAUT at the European Astronaut Centre (EAC) in Cologne on the 12th September 2020. The journalists from VOX TV, Kino News TV, Kölner Stadtanzeiger, The Shark, WILD Magazin and Philosophie Magazin inquired about space tourism, manned space flight, age requirements and the key messages of the film.

The film stars Hollywood’s Richard Dreyfuss, who plays 75-year-old Angus, telling a warm and deeply humane story. It is about courage and having the confidence to try something new, to find oneself and, above all, to never give up. During the conversation with the journalists, Laura Winterling combined the messages of the film with her own experiences. She too follows the dream of flying into space and finds Angus’ story inspiring.

“Particularly now we need strong stories that encourage all of us – regardless of age, gender or cultural background – to fulfill ourselves, to discover and develop our talents and ultimately to arrive where we belong: very close to ourselves!“

“The film ASTRONAUT is moving, jolts us awake and warns us not to succumb to the mistaken belief that we have all the time in the world. The film takes us by the hand and gives us the courage and confidence to set out to find ourselves and never give up. It is touching, because it speaks in the most universal language of the world: “Emotion”.

“By the way, a few years ago I had the phrase ‘Stop Wishing’ tattooed on my wrist. 🙂 Stop wishing and start doing!! A message that I would like to pass on to everyone.“

From the 14th October to 18th October, special film screenings and film talks with Laura Winterling and director Shelagh McLeod will take place in selected cinemas in Berlin, Frankfurt, Hamburg, Cologne and Munich. The participating cinemas will be published on our website shortly.