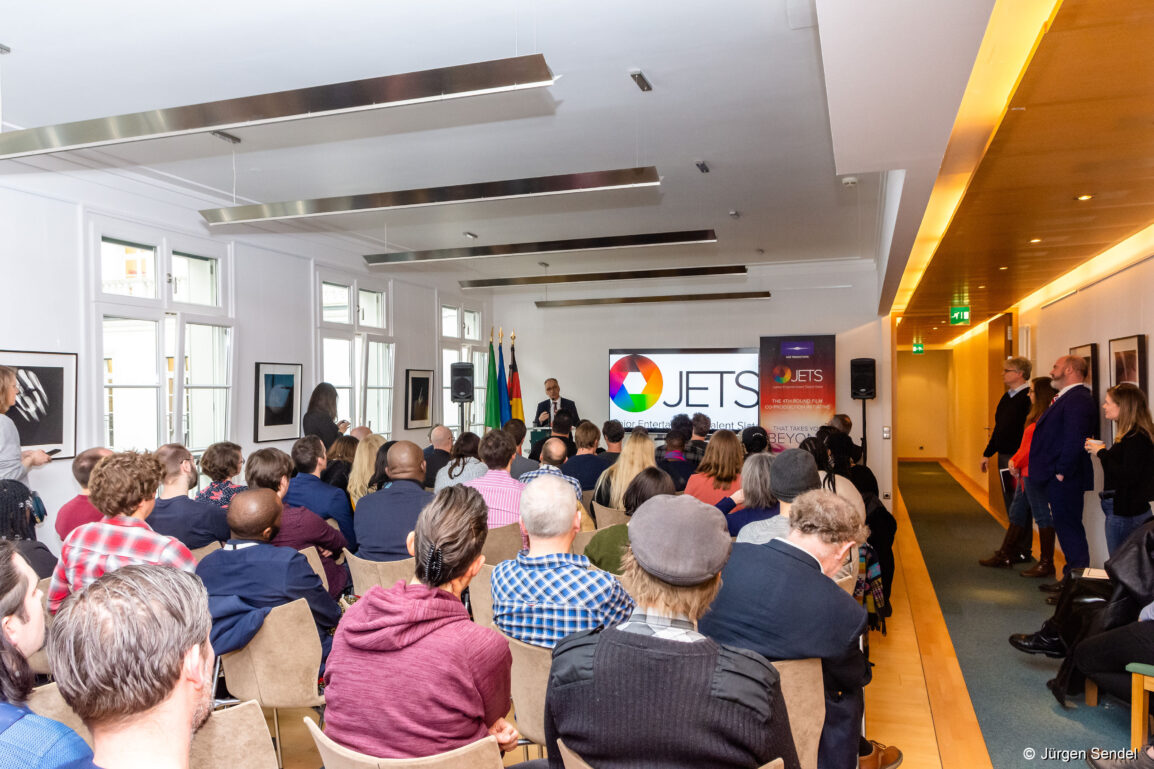 From the end of September 2022, filmmakers from Canada, Ireland, UK, Austria, Germany, South Africa and Norway who want to realise their debut, second or third feature film as a co-production can apply for the JETS Initiative. As in last years 20 – 24 potential film projects by qualifying filmmakers will be selected and the producer/director teams will be invited to a pitching session for a two-country co-production at the Berlin International Film Festival 2022.

Deadline for submissions is 18 November 2022. For further information, please send us an email to info@wepfilms.com with details of the project to receive our JETS Call for 2023 by email or check the websites of our main funders from the 26 September 2022 onwards.

Note: Our endeavours will be a physical event during the Berlin International Film Festival 2023, however as COVID-19 still is among us we also have to consider an alternative Online version of the JETS Initiative for 2023 if really necessary. A final decision is made after participating teams have been selected from each country and each main funder has been consulted.